Real-Time Kinematic (RTK) corrections bring significant precision to unmanned aircraft and workflows, even to the point of achieving repeatable precision within 1cm of actual position in a localized dataset.

One of the greatest challenges/concerns with an RTK aircraft is to ensure the aircraft is receiving corrections throughout the entire flight. Over large areas where there may be pockets of RF interference from powerlines, trees, buildings, or other obstructions, it’s possible to have a few images without RTK corrections, particularly at the edges of the flight area. One remedy is to add a range extender such as the 4Hawks antenna system to the aircraft’s remote.

We used a DT Research 301 data collector with a Seco RTK rod and head to verify data from the aircraft’s indicated position, and have since used a Leica GS18i to verify the points.

Incorporating an RTK aircraft into the construction site, survey, engineering project, and many other uses provides a safer, faster, cost-effective means of capturing precise data, no matter the scenario. Topos, DSM, DTM, DEM, orthos, pointclouds, extraction for surfaces, and many other deliverables can become significantly more efficient when proper training and implementation techniques are observed. At KukerRanken, we’re here to help with UAS program development, training from Part 107 to operational techniques, and post-processing best practices.

Contact one of our KukerRanken staff to gain access to datasets demonstrating RTK with drone workflows. We offer Pix4DMapper, Pix4DSurvey, Leica Infinity, Leica 3DR, and many other training programs. 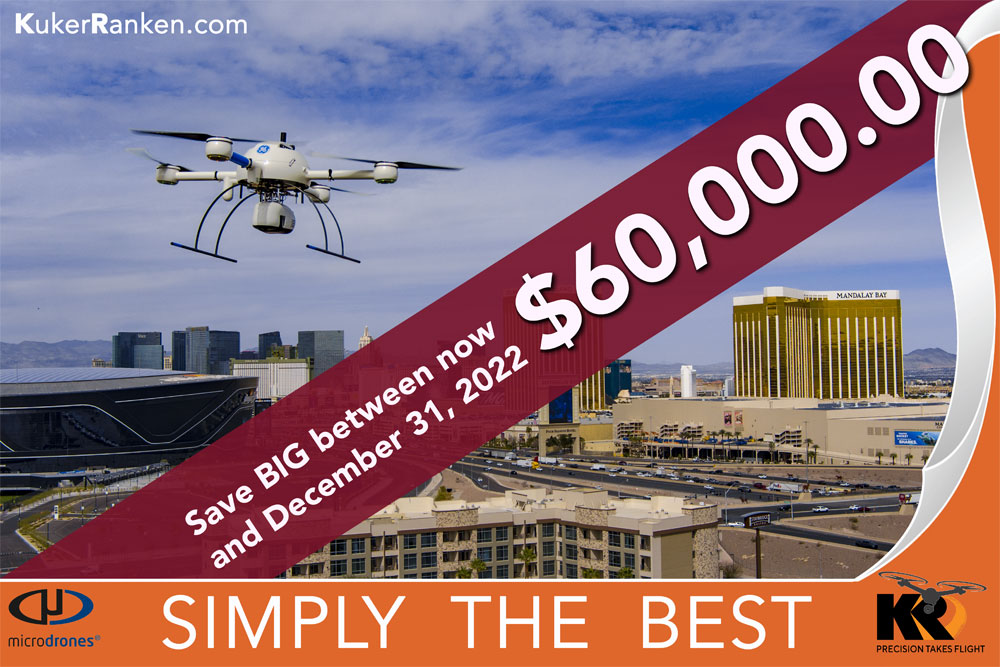